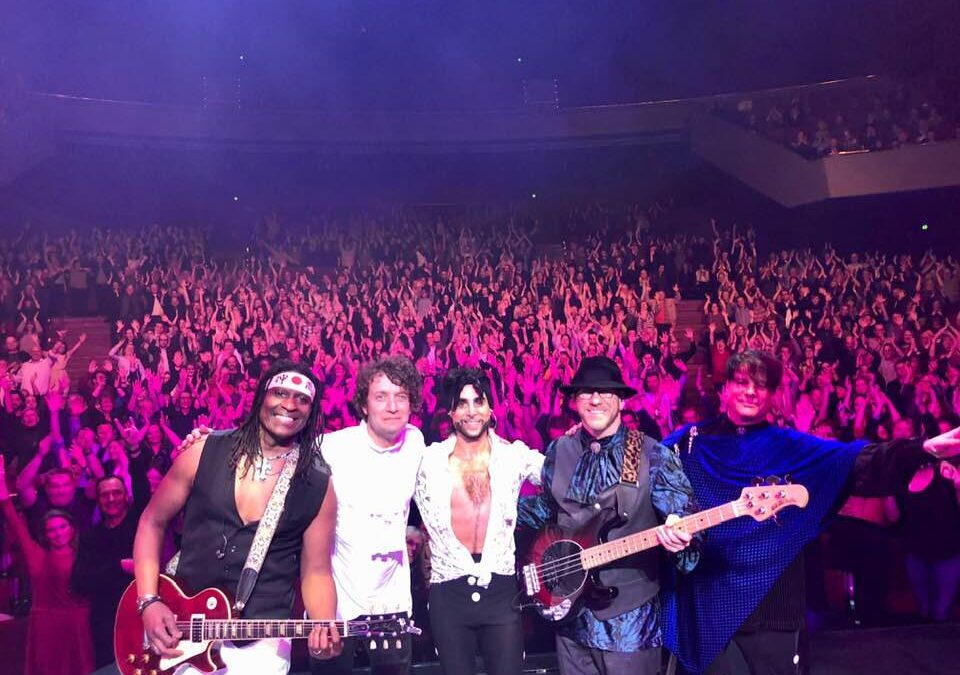 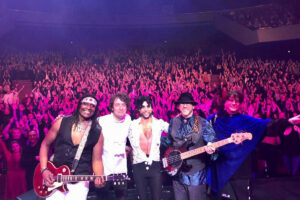 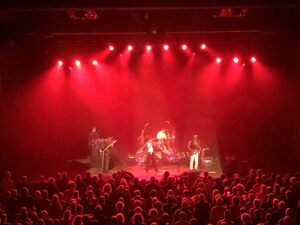 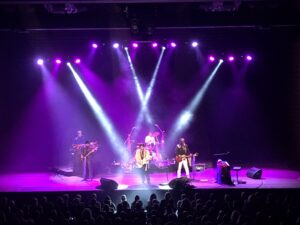 Danish PX fans on their feet! 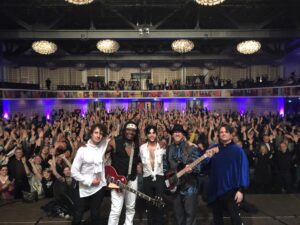 Marshall & PX & a Packed Auditorium of Fans in Copenhagen

When Marshall Charloff & The Purple xPeRIeNCE landed in Billund, Denmark, it was the beginning of their European adventure.  Starting there, they were had the chance to see beautiful Danish countryside, sail on a ferry from Aarhus, eat real Danish danish with their coffee, and experience the bustle of a bicycle “rush hour” in Copenhagen.  They loved every minute, and made a lasting friend with Tarek, their badass European Tour Manager who was a native of Denmark and an impeccably professional host.

Here are a few of the cool things they got to see while touring: 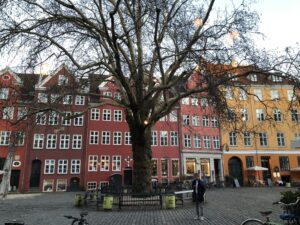 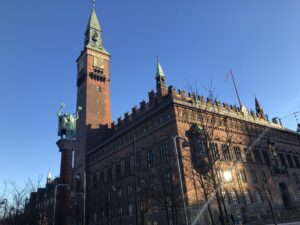 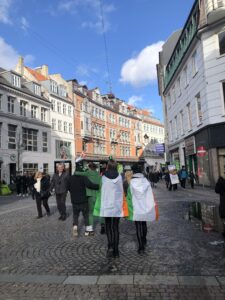 Marshall & PX were in downtown Copenhagen on St. Patty’s Day 2019. Fascinating to see Danes, draped in Irish flags, duct-taped at the ankle in pairs, and drunk-slurring in Danish at noon! The Danes know how to celebrate! 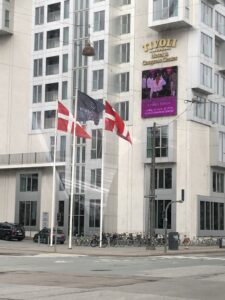 Marshall & PX on the Marquee, advertising their show in the auditorium at the world-famous Tivoli 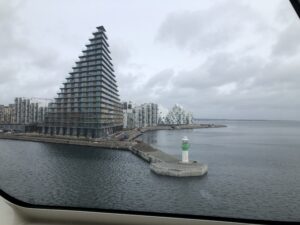 Marshall and the band travelled by ferry from Aarhus to Sjælland Odde in Odden Port, and saw some cool-looking architecture from the boat. 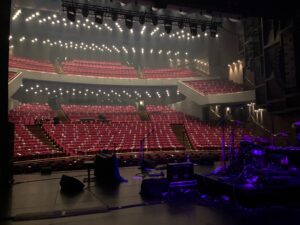 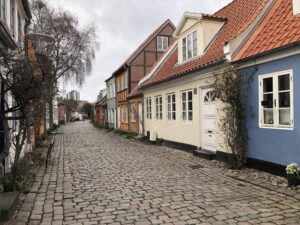 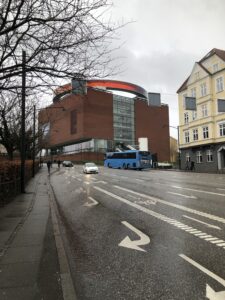 City view of Aarhus, Denmark from inside the rainbow walkway. Incredible views!

Of all of the lighting pros Marshall & PX have worked with over the years, the LD in Copenhagen–named “August”–was the most memorable…a 21-year old SAVANT! 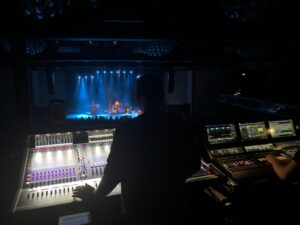 21-year-old Danish lighting SAVANT August blew the band away with his creativity and mastery!

Although geographically and age-wise, he wasn’t a natural Prince fan, he had familiarized himself with Prince’s catalog in preparation for Marshall & PX’s show in the auditorium at the world-famous Tivoli.  Some of his creative lighting design is evident with this clip of the band performing “America”.  Notice his use of red, white, blue, and even his imagery of a “Mushroom Cloud” on cue!

Denmark hosted Marshall Charloff & The Purple xPeRIeNCE with generosity and warmth.  They miss their Danish friends and fans, and hope to return soon!